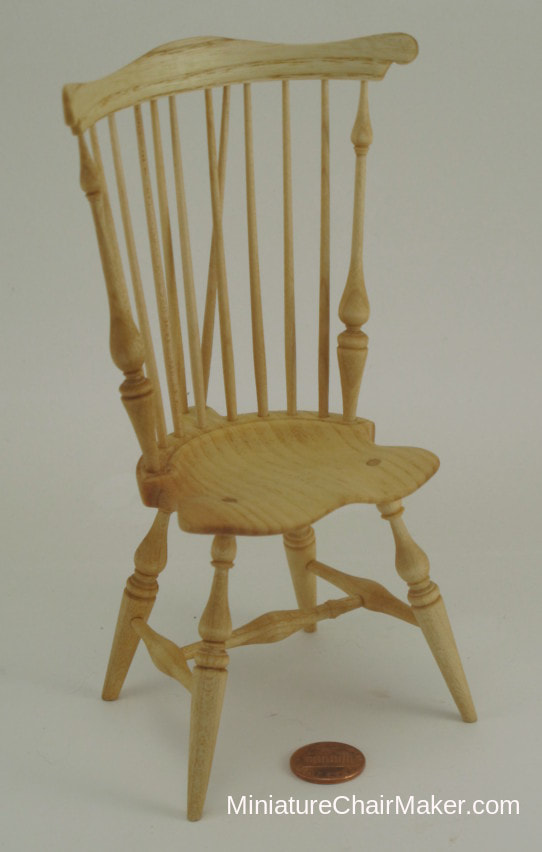 "The first fan-back Windsor chairs, partly based on the English fan-back, were made in Philadelphia just before the outbreak of the Revolutionary War in 1775.

Fan-backs were popular for about 60 years and were produced in great numbers in Pennsylvania and throughout New England (but not New York)." From: The Book of American Windsor Furniture by John Kassay.

This 1/6th scale model of a braced fan-back Windsor side chair is based on a Wallace Nutting reproduction of an early pattern. Details can be found in Reproducing Antique Furniture by Franklin H. Gottshall who used to be employed as a furniture designer at the Nutting factory in Framingham, Massachusetts in the early years of the 20th century.